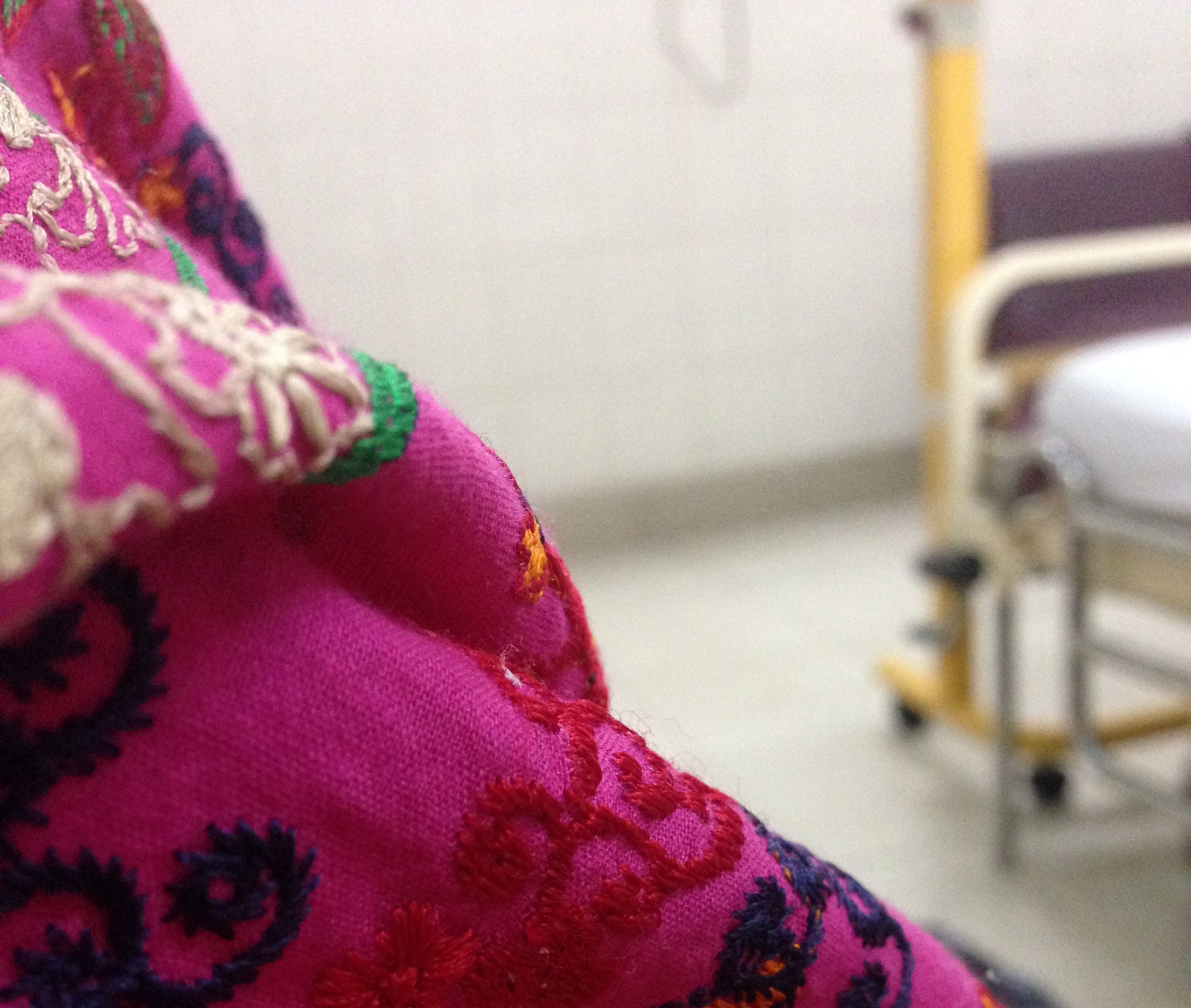 Back into the stark memory lane as I travel again and again, the same days last ramadan where Eid was just around the corner. Sitting here in my office as I reflect and analyze with utmost candor. Never in my wildest dreams did I ever imagined that I would ever be able to work again in my life. My books, pharmacy practice, pharmacology, those paints, those late night writings, long hours of blogging of never ending chats with friends all felt like a distant dream.

I did take a book of mine with me initially when I was admitted but could never actually give it a read. The vertigo and mental confusion associated with my Anti-Tuberculosis Chemotherapy never allowed me to decipher more than 2-3 lines at one time. So, I eventually gave up because the more I tried to read the more disappointment I had to face. That was the time when my Tuberculosis diagnosis was actually taking a toll on me emotionally and psychologically. And I believe that toll was necessary. Why wouldn’t it be?

When you consider yourself a person of your words, skillful, mindful, tactful, patient, strong and what not. And then, you eventually see yourself getting reduced inch by inch. Then, one day it opens up to you that you are reduced to a mere set of bones lying in Isolation Unit. All virtues that stood so tall previously were inconspicuous all of sudden.

Some diseases define you at some point of your life and Tuberculosis is one of them. What good will a person’s virtues be to you if he has a contagious disease? Believe me, it takes immense insight to look beyond the disease boundaries and not everyone has that.

The first two weeks of Tuberculosis treatment requires complete isolation thus, I was shifted to an Isolation Unit. It was almost five days after my diagnosis and I had somehow maintained my composure up til then. My family was there to assist me in shifting but I knew they’ll have to leave in an hour. Days and hours don’t pass easily in Isolation units but that hour surely did. Soon after my family left, I couldn’t stand it. I am afraid of crying out loud but that day I had no restraints. I rushed to the washroom and cried my heart out after I don’t even remember how many years. And it was then that I wrote this thyought of mine (Left)

In that mirror, I had my reflection reminding me how I always used to consider myself self-sufficient, independent, emotionally free and not bound to any commitments. And, right there I was crying over those who left me by chance and by choice, those who didn’t bother giving the explanations I deserved, the shoulders I always took for granted and those who would stay miles away from me just because of my disease. No matter how much you try, you brag or you portray not to; but you always need people. You need these shoulders in your life. You need them to hold you tight when you are about to fall and to carry your coffin when you die.

The following Isolation days were emotionally demeaning and I remember how my ward doctor used to try her level best not to touch me during check-ups. I admit that it was a source of immense emotional pain at the beginning but I eventually started tackling it. I decided to take the initiative myself; instead of people trying to stay away from me, I used to tell them myself to back off. I told her she doesn’t need to touch me as I have a contagious disease. I started instructing nurses to not enter my room without gloves and mask, and not to use my thermometer on another patient. Yeah, I know these things don’t matter much to a person who is normal but for those who are in isolation it is empowering for them to take the first initiative.

I had my roommate with me initially. She was on Anti-tuberculosis Chemotherapy as well but she had Pleural Effusion. A team of doctors examined our cases and decided that I am a threat to her as well thus, they need to keep both of us separately. Medically, I do understand that their concerns were genuine but being a medical professional myself, there are certain things that I would prefer not to say in front of a patient. Her, pointing towards me and uttering these words which still haunt me sometimes;

She is the one who needs to be Isolated.

Isolation had been an emotional roller coaster for me which changed things irreversibly. I learned where to hide my disease and where to disclose it, where to cry and where to let it be and where to make an effort and where not. Then I had my share of friends and family who couldn’t show immediate consideration when I told them about my disease. Then there were those who never thought they owed me an explanation but only a pretense of ignorance. It served as a fuel to the fire I had inside; when you need consideration you need it and when you need explanation you need it. Isolation had been a time when I forgave everyone without asking and without telling.

Not that I doubt anyone’s intentions but the purpose of writing it here is to spread the word that be considerate to those who are suffering. It takes a lot to come up here and write. I have been getting feedback regarding my Tuberculosis journey that I am strong enough to be able to write it all. Hah! If only you could ask from the “BACKSPACE” button on my keyboard 😀

Write what you feel.. Cancel reply

Who's behind the curtain?

MEET ME ON INSTA